The number of orchestral pops concerts in the USA has grown significantly in the past decade. For the creators of these concerts (whether you are a producer, arranger, conductor or presenter), there are important steps to insure that the proper rights have been cleared if songs contained within a symphonic pops concert are copyrighted. It’s not always clear what rights or permissions are needed, or if they’re needed at all. So, let’s start at the beginning:

WHAT THE LAW SAYS:

“COVERING” vs. “ARRANGING A SONG:”

Arranging, transcribing or adapting a song is different from “covering” a song, and it can be confusing at first to discern the difference. A cover of a song consists of performing the song in substantially the same format and instrumentation as the original. For example, you walk into a jazz club, and a vocalist is singing a very unique version of Vernon Duke’s “Autumn in New York” with rhythm section. While the singer and rhythm section might interpret the song differently from the original version, the new version or interpretation would not likely rise to the level being a “derivative work” under the US Copyright Act.

It is perfectly legal to perform a cover of a copyrighted song in a public setting, so long as the venue in which the song is performed holds a valid performing rights license from the song’s performing rights organization (commonly referred to as a “PRO”, such as ASCAP, BMI or SESAC). A PRO has the authority to issue a “blanket license” that grants the right of public performance to venues and organizations for songs registered with, and licensed by, that particular PRO. It’s not uncommon for a venue such as a club or concert hall to hold blanket licenses from more than one PRO to insure that all copyrighted songs are properly licensed for public performances.

No. ASCAP, BMI and SESAC only grant licenses for nondramatic public performances of copyrighted songs in their respective repertories. The PROs, however, do not grant the right to create arrangements, transcriptions or adaptations of copyrighted works. Only the copyright owner can grant the right to create a derivative work. Further, an unauthorized arrangement of a song performed during a concert at which the song would otherwise be authorized by a license from a performing rights organization may not be covered by the presenter’s license agreement with that particular PRO. As an example, ASCAP’s Concerts and Recitals Blanket License Agreement states:

In addition to the public performance right, note that making copies of unauthorized arrangements, and distributing them to orchestras without permission, are infringements of the copyright owner’s exclusive right to reproduce and distribute both the underlying song and the derivative work arrangement.

“SO I NEED TWO SEPARATE RIGHTS TO PERFORM AN ORCHESTRAL ARRANGEMENT OF A COPYRIGHTED SONG?”

Yes. You need the permission of the copyright owner (usually the music publisher, not the original composer) to create the derivative orchestral arrangement, transcription or adaptation, in addition to the license from the respective PRO to perform the work publicly. This is because copyright law grants separate, multiple rights to a copyright owner. The practical result is that the right to arrange a copyrighted work is granted by the publisher, and the right of public performance is usually (though not always) licensed by a PRO.

“HOW DO I SEEK PERMISSION?”

Once you’ve found the owner, publisher or administrator, you can visit the Music Publishers Association website at www.mpa.org, click on “copyright resources” and download the “Request for Permission to Arrange” form that can be filled out and sent to the song’s publisher. There are also companies that clear music rights, including the rights to create and perform derivative works such as orchestral arrangements.

When you ask for permission to arrange, transcribe or adapt a copyrighted song for orchestra, it’s important that you also clarify what rights the copyright owner is granting to you.

Copyright owners may consider a number of factors when deciding whether or not to grant permission to create a derivative work, including the skill of the arranger, musical style, instrumentation, and the wishes of the songwriters or their estates, especially where arrangements are part of full evening shows that may deceptively appear to be authorized by the songwriter or artist. Other elements of a derivative work that a publisher considers and may not allow include:

Where permission is granted, there may be restrictions on the length of time, context, or usage of the derivative work in live performances, sometimes allowing only for specific one-time events. It is the right of the copyright owner to allow or restrict such usage of orchestral arrangements, transcriptions and adaptations. Note that it is common practice for publishers to insist on owning the arrangement (it is, after all, based on their copyrighted work), and then granting nonexclusive usage rights to the arranger under a license. This is often the reality of making an arrangement of someone else’s copyrighted work, as compared to creating your own new work.

WHEN A COPYRIGHT OWNER DENIES YOUR REQUEST.

“WHAT COULD HAPPEN IF I CREATE AND PERFORM A DERIVATIVE ARRANGEMENT OF A COPYRIGHTED SONG WITHOUT OBTAINING PERMISSION?”

In addition, the performance of an illegal orchestral arrangement may also exceed the scope of a concert presenter’s license agreements with performing rights societies, and put the orchestra and others in the position of being copyright infringers as well.

“WHAT ABOUT MAKING AN ARRANGEMENT ONLY FOR A COVER RECORDING?”

Live concert performance license requirements are discussed above, but must not be confused with a narrow provision in Section 115(a)(2) of the Copyright Act that describes a limited privilege to interpret works for a cover recording, and clearly reserves derivative work rights to the copyright owner.

“WHAT’S THE BEST ADVICE FOR ORCHESTRAS & VENUES, ALONG WITH ARRANGERS & CONDUCTORS WHO CREATE AND/OR PRESENT ORCHESTRAL POPS CONCERTS?”

Always ask for and obtain permission first before creating and performing a derivative arrangement, transcription, or adaptation of a copyrighted song.

If an orchestra and/or venue books a pre-packaged pops concert program from a third-party agent or manager, the orchestra and/or venue must insure that all licensing and permissions are in place and documented for the derivative arrangements used in the concert. The presenting orchestra organization or venue that books such a program could discover that they are, in fact, engaging in multiple acts of copyright infringement for which they share potential liability and damages with the infringing presenter or management company.

Partly because of unauthorized pops concert programs that ignore the rights of the songwriters and copyright owners, music publishers are actively enforcing the “arranging right.” So, don’t rely on anecdotes regarding past practices, or “everyone does it” rationales. A license from the copyright owner allows you to proceed in a manner that respects the rights of everyone in service to great music.

Founded in 1895, the Music Publishers Association is the oldest music trade organization in the United States, fostering communication among publishers, dealers, music educators, and all ultimate users of music.

This non-profit association addresses itself to issues pertaining to every area of music publishing with an emphasis on the issues relevant to the publishers of print music for concert and educational purposes.

In addition, MPA members belong to and work cooperatively with the National Music Publishers Association, the Harry Fox Agency and, the performance rights organizations: ASCAP, BMI, and SESAC. 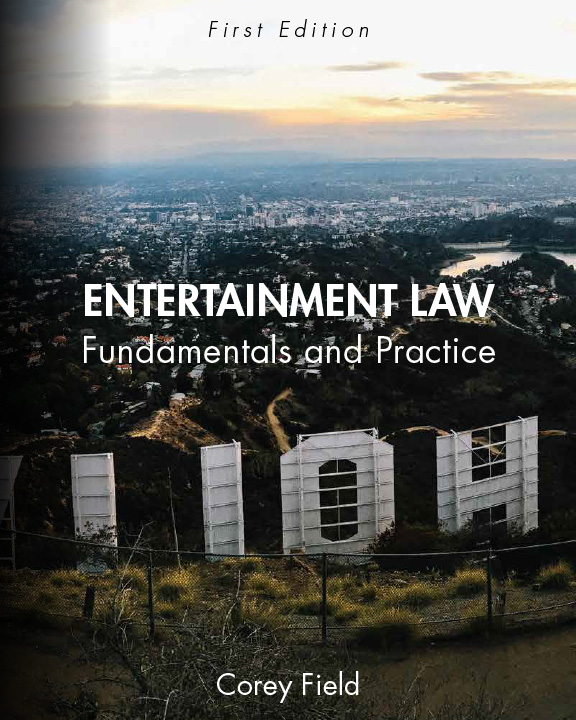 Corey Field is the author of the legal practice guide and text book “Entertainment Law: Fundamentals and Practice”